So, where were we?

What? You didn't know that?

There are more cars than people in L.A.

When it gets cold, bees gather in their beehive and start to shiver collectively, thus heating up the beehive.

By a tradition dating from the 12th century AD, white swans in Britain are property of the Royal Family.

Mandarin is the mother tongue of 878 million people.

Karl Marx disapproved of Friedrich Engel's mistress as he considered her too common.

Tommy Lee Jones and Al Gore were roommates during their first year at Harvard.

Only one in 20 children gets born on its due-date predicted by doctors.

Turkeys often stare into the sky during heavy rains – and drown.

Melbourne has the third-largest Greek population, ranking below Athens and Thessaloniki.

Male prostitutes in Ancient Rome would scratch their heads with their middle fingers to signalize their business.

Male camels – once hooked up – tend to jealously defend their 'relationships' for years.

The whistling language of the indigenous people of Las Gomeras could travel an acoustic distance of about five miles.

On the island of Korfu, more than 50 percent of all men are called 'Spiro'.

There's a breed of dogs on the Congo River that cannot bark; it yodels instead and cleans itself like a cat.

Goldfish can get seasick.

Oral consumption of heroin can lead to constipation.

There are more creatures living on the surface of an average human's skin than there are humans living on earth.

There's a kind of worm residing under the eyelids of hippos and feeding on the hippos' tears.

99 percent of all creatures that have ever inhabited Earth are extinct.

Every human's got a unique tongue print.

Giraffes show their affection by rubbing their necks against each other.

Croissants originally aren't from France, but from Austria. (The ever food-loving Marie Antoinette took those pastries to France with her when she got married.)

Penguins can jump up to two metres into the air.

Yukatan is called 'Yukatan' as that is the way natives there answered Europeans when asked for the name of their place. “What's your country called?” - “I can't understand you.”
Eingestellt von fashionista cat in a zero gravity shoe-store um 17:03 6 Kommentare:

It's not only the white shoes...

Have you ever wondered what women see in 'Latin lovers'? 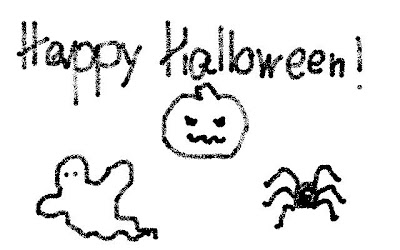 Hee, as I'm just waiting for time to pass till it's 10:30pm and I can take my cold meds before going to bed (not craving pity - yet), I checked how many times my profile had been viewed by now - the figure's somewhere over 800 now. I cannot tell whether that's a lot or not, but I can tell it's a lot more than people that have actually commented on here. So either my posts are really boring, or people would rather comment if they were able to do so anonymously.

The reason why I've disabled anonymous comments simply is that I've seen how some anonymous commentors have behaved on other blogs. Sorry, I won't bother with that. Don't say something online you wouldn't tell a person face-to-face.

The reason why I'm not putting a picture online is that I've seen people copy pictures of people and use them on other sites. (My sis only just yesterday found her picture from her homepage posted on the start page of a social networking site - they ascribed her a wrong last name though. One cannot confuse a punim like hers...) If you don't want your own picture on a profile, don't upload a picture. Anybody who'd like to see a picture of me may contact me on here or at dibbuk[at]web[dot]de.
Eingestellt von fashionista cat in a zero gravity shoe-store um 22:18 19 Kommentare:

This site's got a glossary of Yiddish words and expressions.

'Haynt'; the digitalisation of a Yiddish newspaper that was published from 1908 to 1939.

A poem in Yiddish (I can only view the transliteration; the original appears as gibberish by me).

Lyrics of Yiddish songs and their German translations (Click "Weitere Texte" on the bottom right-hand side to view more texts.)

An online Yiddish course including audio-documents of real native speakers to read along to (The navigation's in German.)

Pete will get killed in two days from now. If nobody wants to adopt him by then.

Yahoo!/AP report about a site called 'Dogs in danger!'. This site runs countdowns on the lives of dogs in animal shelters across the USA. Those dogs are due to be put to sleep within a few days' time if nobody wants to adopt them. Dogs in danger! does not ask you to buy a dog; it asks you to, if possible, adopt a dog that has been abandoned by its former human for whatever reasons. If you cannot keep a dog, maybe you could consider donating a bit to help save those dogs' lives.

I've got six pets myself. No animal deserves to die just because some §@!*%& human doesn't want to take care of it anymore.